It's not uncommon when I tell people about what I do and the world of e-discovery we are immersed in (and by “we" I mean you, me, and everyone else who is in this slightly crazy legal specialty!) that I compare it to the industrial revolution. Hmmmm, I wonder if “E-Discovery Revolution" will someday catch on for what we are in the middle of!?!!?

Historians mark the industrial revolution occurring between 1820 and 1870. It spanned over 50 years. Imagine all that was learned during that time about machines and people and what could and could not be done. 50 years! From Wikipedia, I offer the following quote: “The Industrial Revolution marks a major turning point in history; almost every aspect of daily life was influenced in some way." (emphasis added)

I do not think it is a stretch to assert that e-discovery marks a major turning point in legal professional's daily life, which is influenced in some way by the changing landscape of rules, precedence, and internal business objectives. Not to mention the demands of the requesting party!


The ninth anniversary of the FRCP's codifying e-discovery will occur later this year. As compared to the Industrial Revolution, we're still adolescents. Organizations are struggling with the who, why, when, where, what and how, just as was the case when the Industrial Revolution lead to worker injuries and no one really knew what to do.  Who was responsible for the injured worker? What were their rights?  Who paid the wages during the recovery time? And how was this all going to make sense?

Did you know that OSHA was not established until 1970? Over 100 years after the Industrial Revolution ended, there was finally a federal agency to oversee worker safety. There is still no federal Workers Compensation law per se; although many states follow OSHA guidelines in this regard. All states (except Texas – funny, huh?) have laws that companies with three or more employees must carry worker's compensation insurance. So you can see that finding uniformity for a serious business problem is very challenging; it takes a long time and Texas still may not do it (They are big and wildly independent, so it's understandable)!

Think about what we know now that we did not know nine years ago? Harder still, think about what we still don't know. We are in the midst of the E-Discovery Revolution and there's much to learn, understand and master.  We have to be patient with ourselves and those (such as our bosses) who are sort of along for the ride.  We have to understand the complexities of the issues through research and learning. We cannot sit back and just do the task at hand; we need to approach our daily work with curiosity of the who, why, when, where, what and how. Each of these elements influences our daily life, and in coming blog posts, I will begin to unravel each and every one. 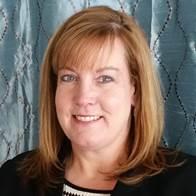 
As a member of Exterro’s Solutions Consulting team, Nancy supports the sales process by providing product and business process expertise to prospective clients. She has wide-ranging e-discovery experience and holds a law degree from Lewis & Clark College.