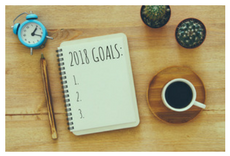 All the gifts have been opened, the hors d’oeuvres have been eaten, and the eggnog and champagne consumed. The indulgences of the holiday season are no longer a well-earned break from the grind. Hanging on to them any longer resembles something closer to a state of denial than seasonal good cheer. It’s time to take down the decorations, to turn the page on the past and create our new, improved selves, a time of self-improvement, aspiration, and optimism. It’s New Year’s resolution time. (Yes, we’re ignoring the fact that most resolutions are... Read More

Two Truths and a Lie about Rule 16 Hearings: An Expert Perspective on the FRCP 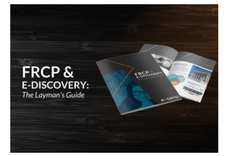 This blog post is adapted from commentary on Rule 16 by Hon. Xavier Rodriguez, U.S. District Judge, W.D. Texas, in FRCP & E-Discovery: The Layman’s Guide. One truth—not one of the two mentioned in our title—is that this post might more accurately be titled “Two Truths and a One Misconception about Rule 16 Hearings.” But since that’s not the title of the party game, and it’s not very catchy, we decided to go with what everyone already knows. Without further ado, the three statements: Rule 16 hearings help define discovery that is... Read More

4 Tips to Improve Efficiency in Managing Legal Projects in 2018 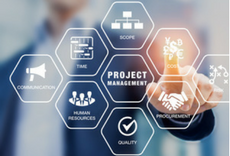 Over the past several years, the idea of “doing more with less” has gone from being an a bland statement on increased efficiency to becoming a reality that organizations have had to live with and ultimately embrace—and it’s no different for legal departments. In the 2017 In-House Legal Benchmarking Report from EDRM Duke Law, Exterro, and BDO Consulting, George Socha, Esq., the co-founder of EDRM, explains that in-house teams “are doing a lot with a little. They tend to deploy fairly small, dedicated workforces, ranging from a single person to maybe half... Read More 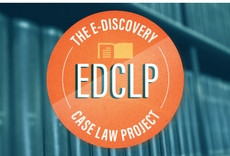 It’s imperative to put in place the necessary policies and procedures for taking “reasonable steps” to ensure the proper preservation of relevant data. In Moody v. CSX Transportation, Inc. (W.D.N.Y Sep. 21, 2017), the court ruled that if “reasonable steps” to preserve relevant data are not taken, then it leaves you open to spoliation sanctions under Rule 37(e). Overview: In this case involving a railway accident, the plaintiff moved for spoliation sanctions due to the defendant losing important case data that recorded the accident. The train in question was equipped with a... Read More 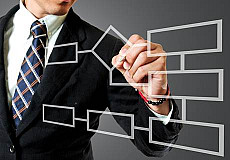 It’s been said that legal professionals are slow to change. That may be the case for some, but it’s certainly not the case for Alayne Russom, Business Ethics and Legal Support Manager for Thrivent Financial. In 2015, she took on a special project to evaluate Thrivent’s e-discovery capabilities, and since then, she’s specialized in e-discovery.In her five years working in e-discovery, Alayne has overseen not only the development and implementation of Thrivent’s e-discovery program, but also its ongoing improvement. In that time she’s learned a lot of lessons that other e-discovery professionals... Read More

Reining in Meta-Discovery: An Expert Perspective on the FRCP

It’s hard to break habits—especially bad ones. And one common habit, in the eyes of many a bad habit, in e-discovery is the tendency to indulge in meta-discovery, or discovery about discovery. Discussing Hon. David Campbell’s In re Bard IVC Filters Products Liability Litigation (D. Ariz. September 16, 2016) ruling, Judge John Facciola explains, “lawyers and judges seemed to believe that permission granted by former Rule 26 to seek the discovery of inadmissible evidence if it ‘appears reasonably calculated to lead to the discovery of admissible evidence,’ meant that the standard for... Read More

With new, easy ways to share information via the cloud, Harleysville Ins. Co. v. Holding Funeral Home, Inc. (W.D.Va. February 9, 2017) acts as reminder to legal teams that they must be vigilant in protecting case data if third party file share sites are used to store case data. Overview: In this contractual dispute case, the plaintiff asked the court to disqualify the defendant from using privileged and work-product information that was accidentally made available to the defendant by the plaintiff. Below are the events leading up to the defendant’s access to... Read More

First Page < 37 38 39 40 41 > Last Page
Ready to learn more?
Exterro is your complete solution for managing data across litigation, compliance and privacy obligations.
Get a free demo