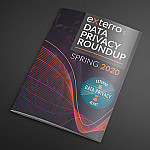 2020 has represented a sea-change for corporate regulatory challenges. The EU’s General Data Protection Regulation (GDPR) established its first fine earlier in the year, and with the launch of the California Consumer Privacy Act (CCPA) on January 1, America ushered in a new era of consumer rights with the first major data privacy regulation to hit the U.S. Now that the CCPA’s regulations have been finalized, full implementation of all of the law’s provisions is set for July 1.

With that in mind, let’s take a closer look at a few cases with CCPA impacts:

• The first class-action lawsuit filed under the law

• The new major provisions of the recently-announced “CCPA 2.0,” and