Using Predictive Coding "Might" Require Negotiation between the Parties Involved 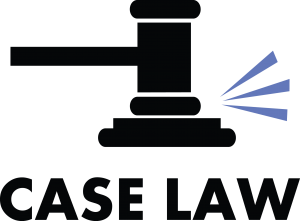 The latest predictive coding decision, Catherine Gordon v. Kaleida Health (W.D.N.Y. May 21, 2013), does little to clear up the confusion. The arguments presented by each side highlight questions that parties will have when trying to identify the necessary steps for employing legally permissible predictive coding protocols. In Gordon, the court sidestepped the issue, leaving us to think, “So what now?"

In Gordon, the plaintiffs, Gordon, filed a motion to compel the defendants, Kalieda Health, to “meet and confer with respect to establishing an agreed protocol for implementing the use of predictive coding." For over a year the two parties attempted to agree on e-discovery terms for searching the defendant's email database using keyword search. Without any success, the court expressed “dissatisfaction with the parties' lack of progress." To help overcome this stop gap, the court suggested the parties look into using predictive coding instead of keyword search to review the defendants' emails. After discussing the possibility with the plaintiffs, the defendants decided to use predictive coding to review and produce the emails. However, there was one problem − the two sides could not agree on the specific terms of the protocol because the defendants refused to work with the plaintiffs' ESI consultants. 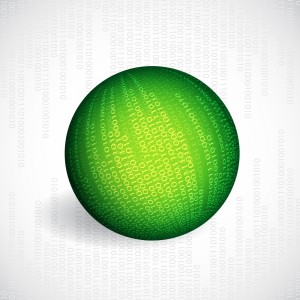 In response, the defendants countered stating they never refused to meet and confer regarding the predictive coding protocol. The defendants only objected to the plaintiffs' ESI consultants because the same consultants had provided services to the defendants earlier in the case, creating a conflict of interest. The defendants explained that they “had no objection" to discussing the predictive coding protocol as long as this conflict of interest did not exist. To further its argument, the defendants also contended that courts “do not order parties in ESI discovery disputes to agree to specific protocols to facilitate a computer-based review of ESI based on the general rule that ESI production is within the 'sound discretion' of the producing party." Additionally to prove that Moore was not analogous, the defendants argued that the court in that case did not require the parties to share their seed set documents but instead the defendants offered to do so.

In a concise holding, the court dismissed the plaintiffs' motion to compel the parties to meet and confer concerning the establishment of a predictive coding protocol. Unfortunately, the court did not address what level of disclosure is required by the producing party because the defendant was already willing to meet and confer as long no conflict of interest existed between the parties.

Predictive coding is becoming a viable option for legal teams to narrow the document funnel before the most expensive stage in e-discovery, review. Similar to the transition from manual to keyword search reviews, Gordon signifies that predictive coding can be applied under the right circumstances; however, the standards for how and when to create and enforce a predictive coding protocol remain unclear.

For example in Gordon, the court did not address questions the parties had around whether it is mandatory to include the requesting party in creating a predictive coding protocol. Based on “the general rule that ESI production is within the 'sound discretion' of the producing party," the defendants had a valid argument that it should have the right to choose how to produce data or apply predictive coding technology. On the other hand, the plaintiffs also had a valid argument that the parties must “negotiate" and agree on predictive coding protocols based on the prior predictive coding ruling in Moore. Even though the court was saved from having to make a ruling on this issue, it still leaves legal teams wondering.

Whatever the requirements, a concrete demand for e-discovery software with predictive technology capabilities exists. Companies like Google, Amazon and Facebook have all been using this type of technology for years to accurately predict what ads or searches will appeal to their customers. In the legal industry the cost savings associated with predictive technologies are too great for the courts and legal practitioners to ignore. So it's really not a matter of if, but rather when attorneys as a whole accept predictive technology. The bigger unknown is when will more formalized guidelines be provided by the courts (e.g. legal hold requirements) as to how to utilize this advancing technology between two adversarial parties.

Mike Hamilton, J.D. is a Sr. E-Discovery Analyst at Exterro, Inc., focusing on educating Exterro customers, prospects and industry experts on how to solve e-discovery issues proactively with technology. His e-discovery knowledge, legal acumen and practical experience give him a valuable perspective on bridging the gap between IT and legal teams. You can find him on Google+, Twitter and Linkedin. Contact him directly at michael.hamilton@exterro.com.

More blog posts by Mike Hamilton >>
Ready to learn more?
Exterro is your complete solution for managing data across litigation, compliance and privacy obligations.
Get a free demo
Watch a live demo webcast