Principle 6 states, “Responding parties are best situated to evaluate the procedures, methodologies and technologies appropriate for preserving and producing their own electronic data and documents.” Based on his extensive experience with parties over the years, Ball challenges the unsubstantiated presumption underlying this Principle. His argument for ditching Principle 6 is that we should not presume, without cause, that a producing party is in a superior position to evaluate and use technologies for preservation and production.

After reading Ball’s commentary, I took a closer look at the Principle and found myself in agreement with his perspective. In fact, I found that the Principle 6 commentaries are particularly disconnected from the Principle itself. For example, Comment 6.a. outlines the responsibility of the producing party to determine responsive documents and take steps to preserve. It also discusses steps typically taken to comply with this responsibility. However, no evidence is presented that indicates the responding party is in the best position to determine the “what” and the “how” of preservation.

Comment 6.d. discusses the use of consultants and vendors, but cautions about the lack of standards and expertise in dealing with e-discovery activities (as of 2004). None of the commentaries justify the bold assumption that responding parties have a superior knowledge of data procedures, methodologies and technologies. 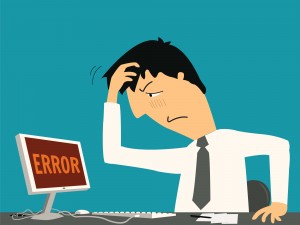 Certainly in 2004 this might have made more sense. With the limited knowledge available to the industry at that time it must have seemed intuitive that, of the two parties, the respondent would know their data and systems better than the requesting party. However this is 2014. Attorneys, consultants, and litigation support professionals have worked in the e-discovery world for ten plus years, providing a wealth of experience in utilizing technology to support identification and preservation obligations. Unfortunately, the playing field in understanding technologies is not a level one; parties vary greatly in their understanding of electronic discovery. Thus Ball is correct in postulating that nothing guarantees that a producing party is more competent in understanding their information technology than would be their opponent – or outside technical experts.

I was very interested to see what Sedona’s response to Ball’s commentary would be. Given Ball’s prominence in e-discovery, I presumed that his points would get a serious hearing at the Sedona Conference “All Voices” Meeting in early November. As a part of a general overhaul of the Sedona Principles, Working Group 1 brought suggested changes to those attending to get feedback. As I recall, a slight reference was made to Ball’s criticism of Principle 6, but there was no real discussion of his points. It’s often been said there’s a “Sedona Bubble” that filters the “real world” and in my opinion, it was very evident in this discussion. Ball has identified problems with the principle itself based on his experiences. But most of the discussion at the meeting was based on the purely theoretical.

The drafting team did propose striking the word “Responding” from the beginning of Principle 6, on the basis that the principle applies to preservation as well as to production. However, one judge advised against the move because the Principles are cited in cases, and are a bedrock. Changes to the Principle, the judge argued, could have an unfortunate impact of diluting it. Yet, I did a case search on Principle 6, and found less than a handful citing to it – hardly a bedrock, in my opinion.

Another judge approved of taking the word “responding” out since both parties have a preservation obligation. However he, too, cautioned against changes because any change might create confusion due to more being read into the change than was intended by the drafters.

In the end, the general consensus was to leave the 2007 version of Principle 6 intact, with a possibility that the drafters’ intentions be included as part of the commentary. Far from setting the stage for a “real world” debate over the usefulness of Principle 6, Ball’s point never got on the stage! While I am a huge fan of the work done by the Sedona Conference, this interchange underscores Sedona’s preference to focus in the policy and theoretical realms. Perhaps practical guidance for day to day work, where the “rubber has to hit the road,” is better gained by looking to organizations like EDRM, EDI, or ACEDS.