Judge Facciola Stands Up for Cooperation During E-Discovery

Sometimes people's actions cause their colleagues to stand up and take notice. In the sports arena, it might be dunking a basketball in the face of the opposing team's star player or winning the U.S. Open in golf on one leg (e.g. Tiger Woods in 2008). We have recently witnessed the equivalent to this within the legal world in Magistrate Judge John Facciola's recent opinion from Tayadon v. Greyhound Lines, Inc (D.D.C. June 6, 2012). In a rare move, Judge Facciola came outright and proclaimed that everyday adversarial gamesmanship between parties would not be tolerated and instead mandated that the two sides must COOPERATE in e-discovery.

In this patent infringement case, the plaintiff, Tadayon, claimed that the defendant, Greyhound Lines, infringed on its wireless technology patent by using the technology on the defendant's buses. As is normally the case during e-discovery, each side made claims that the other had deficiencies in document productions and both wanted sanctions. Judge Facciola denied both parties' motions.

Maybe it was due to the plaintiff wanting sanctions for the defendant's perceived “delay tactics" when responding to discovery requests even though the scheduled deadline for discovery wasn't even closed. Or, maybe it was because the defendant motioned for supplemental responses to interrogatories when any deficiencies could easily have been rectified in subsequent depositions. Whatever the cause Judge Facciola dedicated the last section of his opinion to clearly lay the playing field for what would be considered appropriate behavior between the two sides during discovery moving forward, proclaiming the ideal of COOPERATION must reign supreme: 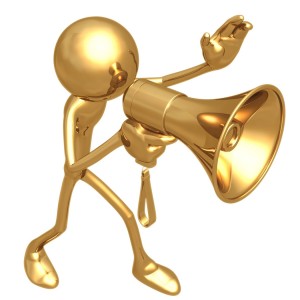 "As explained at the discovery status hearing held on April 30, 2012, there is a new sheriff in town—not Gary Cooper, but me. The filing of forty-page discovery motions accompanied by thousands of pages of exhibits will cease and will now be replaced by a new regimen in which the parties, without surrendering any of their rights, must make genuine efforts to engage in the cooperative discovery regimen contemplated by the Sedona Conference Cooperation Proclamation (citation omitted). First, the parties will meet and confer in person in a genuine, good faith effort to plan the rest of discovery. They shall discuss and agree, if they can, on issues such as the format of any additional productions, the timing and staging of all depositions, the submission to each other of discovery reports, and the scope and timing of any Federal Rule of Civil Procedure 30(b)(6) depositions. The parties will then jointly submit their discovery plan for my approval. I commit myself to work with them in resolving any disagreements, whether they arise initially or during discovery. To that end, I will schedule a telephonic status conference every two weeks in which I will ask the parties about their progress (or lack thereof) and try to resolve any disagreements they have."

Judge Facciola's closing paragraph of his opinion in Tadayon outlines a reasonable and straightforward plan to facilitate a cooperative environment for e-discovery between parties. Even with this declaration, parties still need more than just a cooperative attitude to adequately conduct e-discovery. They need the e-discovery tools, intelligence and facts early in a matter that can help them facilitate this cooperation and, at the same time, advocate for discovery parameters that are proportional to the case.

Keep in mind that most members of the judiciary will resolve discovery issues based primarily on his or her judicial discretion. In most cases, the party that has shown a willingness to cooperate, along with factual-based evidence and transparent processes that can support their claim will come out on top.