On January 12, 2021, the Office of the Comptroller of the Currency (OCC), the Board of Governors of the Federal Reserve System (Board), and the Federal Deposit Insurance Corporation (FDIC) published a Notice of Proposed Rulemaking (NPRM) titled "Computer-Security Incident Notification Requirements for Banking Organizations and Their Bank Service Providers (Proposed Rule)," which would create accelerated notification obligations for banking organizations and bank service providers in the event of a security incident.

So, who does this rule apply to? This would apply to “Banking Organizations,” which are defined as:

This also applies to "bank service providers,” which is defined as “a bank service company or other person providing services to a banking organization that is subject to the Bank Service Company Act."

What are the proposed new obligations?

According to Fotis Konstantinidis, Managing Director at Stout, “The new proposed rule by the OCC, Federal Reserve Board and FDIC addresses the significant risks that non-timely reporting of computer security incidents poses to banking organizations. The agencies tried to strike the right balance between additional compliance burden and safety benefits. There are still open items, such as precisely defining what qualifies as a notification incident, finalizing the 36-hour time-frame for notification and determining the entities that should be added to the rule. Overall, the proposed rule does provide an additional layer of protection for banking organizations and their service providers, who would now need to adjust their security incident response plans and oversight processes.”

See how Exterro Incident and Breach Management can help you orchestrate an efficient and defensible breach response process that would allow you to comply with this newly proposed regulation.

Make Sure You're Complying with the Virginia Consumer Data Protection Act with this Checklist from Exterro Case Law Alert: TAR: Use it at the Beginning of E-Discovery or Potentially Lose it Data Privacy Alert: FTC Authors Epic $500 million Settlement with Fortnite Game Company 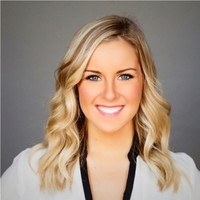