Government Organizations can also be Sanctioned for Spoliation of Evidence

The threat of evidence spoliation doesn't only affect private parties but also extends to government organizations, such as cities or municipalities. Case in point is DMAC LLC and Fourmen Construction, Inc. v. City of Peekskill (S.D.N.Y Sept. 12, 2012). The district court ruled that the defendant, City of Peekskill, spoliated evidence by deleting relevant emails. This failure was due largely in part to the defendant not maintaining a “formal e-mail retention policy," which left “sole discretion" to the defendant's employees to decide for themselves whether to keep or dispose of emails. Along with awarding the plaintiffs, DMAC and Fourmen Construction, with costs and fees arising from bringing this motion, the court granted an adverse inference instruction, which allowed jurors to infer “that the City (defendant) negligently destroyed e-mails similar in nature to the ones produced, and that said e-mails would have been favorable to plaintiffs' case."

The court deemed a failure to maintain a “formal e-mail retention policy" as de facto negligent. But beyond this, the court ruled that the defendant was grossly negligent because (1) the defendant ignored its obligation to preserve relevant emails when the duty to preserve was triggered, and (2) even with the defendant's assurances that a legal hold was implemented when litigation began, testimony from one of the defendant's employees refuted that claim. The employee stated that “at no time was she ever advised to preserve communications, including e-mails."

Apart from having a culpable state of mind, according to factor 3 the spoliated evidence must have been relevant to the case. The plaintiffs proved that the emails were relevant and favorable to their case by issuing production requests to third parties. The information produced from these third parties showed that the emails were relevant based on the similarity in nature and proximity between the emails produced by the defendant.

DMAC reminds us of a few important foundational points that legal teams should never forget: 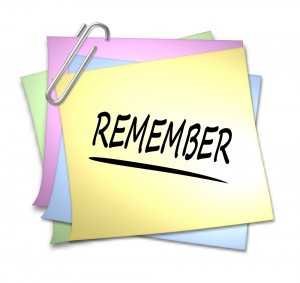 It is imperative that government organizations, like the City of Peekskill, to have knowledge concerning what steps or processes are needed to be taken during e-discovery to maintain defensibility. Once educated, the next step is to identify what processes are needed to stay compliant with the FRCP. When formulating these processes, organizations need to incorporate workflows and monitoring protocols to ensure the processes are actually being followed. For example, an established, routine document retention policy needs to incorporate legal preservation requirements. When issuing a legal hold notice to all potentially relevant custodians, this should include suspension of the routine document retention policy along with scheduled, automatic reminders and re-issuance notices to custodians on legal hold. Without these basic functions, legal teams within government agencies, along with their corporate counterparts, will remain lost in the sophisticated technological world that they must now live in under the FRCP.